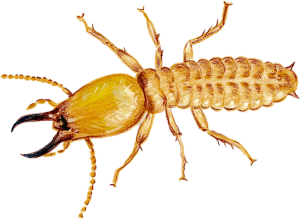 Termites, also known as white ants, are usually attracted to moisture, preferring structures where soil is continually damp. Termites mostly feed on dead plant material, generally in the form of wood which can cause serious structural damage to buildings. A termite colony can thrive with very little sign of them to the outside world.

Damage Caused
Termite infestations can cause serious damage to the structure of a home or building. Each year millions of dollars damage is caused to Australian property and the damage is often not covered by insurance.

Find out more about our termite inspection services 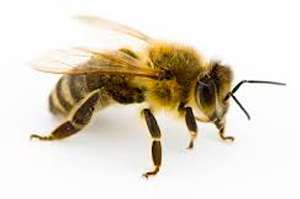 Bees and Wasps tend to be most active in the warmer summer months, playing an important role in the pollination of plants. Wasps also feed their larvae common garden pests such as caterpillars, which help to keep these pest numbers under control. Bees and Wasps are generally not aggressive and only tend to be when protecting a hive or nest. However, as they sometimes use buildings or homes to build the hive, it can potentially be a problem when people get too close.

Damage and Health Issues
For most people a sting is painful but only causes a mild reaction. There are however a number of people who are allergic and a sting can be fatal. When a wasp is disturbed it can become aggressive and, unlike bees, they can withdraw their sting from a victim to repeatedly sting them.

Bees often build hives in building vents which can not only cause damage to a home or building but can be a potential safety issue, with the likelihood of being stung increased.

Fleas – the itchy pest on your four legged friend 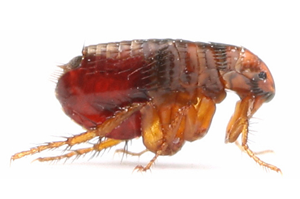 Fleas are blood feeding parasites that are commonly found on household pets. The adult flea is an active pest usually found crawling amongst hair, fur and near a pet’s bed. Fleas also have the ability to jump large distances, up to 18cm, in search of a feed or new host.

Health Issues
As with most insect bites people generally only tend to have a mild reaction to a flea bite. Some people however can suffer allergic reactions and bites can remain irritated for several weeks. Fleas are also known to carry diseases which they spread by biting a new host. Fleas are also the most common cause of skin disorders for pets in Perth.

Cockroaches – coming out at night to play and feed 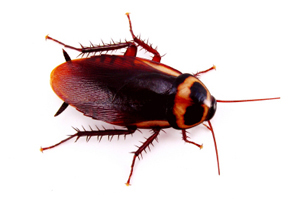 Cockroaches are indiscriminate eaters feasting on table scrapes, pet food and even book bindings. They are resilient and breed quickly making them a difficult pest to manage. Cockroaches are nocturnal insects and tend to hide during the day, coming out at night to scavenge. They tend to prefer warm, humid areas where food is easily accessible.

Health Issues
Although cockroaches don’t form colonies like ants or bees but they do prefer to live in groups. In large numbers they can produce a pungent odour and are also a cause of asthma attacks in susceptible people. Cockroaches also carry common disease pathogens such as salmonella which can be troublesome for restaurants, cafes and other places where food is handled.

Rodents – they will chew through anything 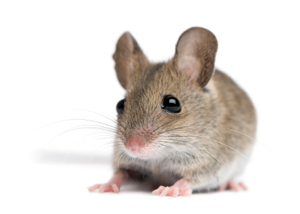 House mice can survive in the presence of very little water and limited food supplies. A female can have up to 14 young in a litter and up to 7 litters a year. This can result in mouse plagues that you usually see agricultural areas.

There are two types of rats commonly found in Australia which are the black or roof rat and the brown or Norway rat. The Norway rat is also known as the sewer rat and is usually larger than the roof rat. Rats are known for their poor vision but keen sense of smell.

Rodents are generally nocturnal pests that you will only be alerted to by the faecal matter left behind.

Health Issues and Damages
Rodents cause a fair amount of damage in the home to upholstery, furniture and paper products which they use for nesting material. A more common issue is the destruction caused by digging and gnawing as they are able to chew through wiring insulation.

Rodents are known to carry a number of diseases that can be transmitted through dust particles containing urine or faecal matter. They are also a cause of food poisoning due to food contamination from their droppings, hair and urine. 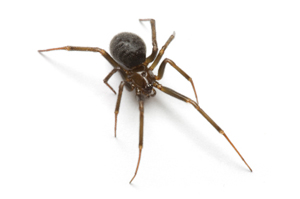 There are a number of spiders commonly found in Perth homes which vary from the nomadic huntsman spider to the less mobile red back spider. The red back spider and a number of other spider species can often be found under the eaves of a house or outside around vents and wood piles.

Health Issues
Spiders do not tend to bite unless they are provoked or handled. The two most common and dangerous species of spiders that attack with painful bites are the White Tail spider and the red back spider.

Ants – marching directly through your house 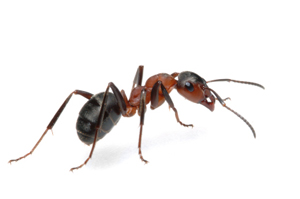 There are hundreds of different species of ants found in Australia. A typical ant colony has thousands of ants made up of workers, soldiers and a single queen ant. The worker ants are generally the ants you see scrounging for food.

Health Issues and Damages
Ants cause more of a nuisance rather than any major health issues, their nests are usually found under brick paving, lawn areas and in trees and shrubs.

Don’t leave it too late. Book and inspection today with Clifton Pest Management by enquiring below.